Miss Lia bloggin’ atcha DIRECT from the merch table in Nashville, TN. The boys have obviously been playing with the fog machine again, because it already looks like height-of-set in here, minus the people packed like undulating sardines and the handbills vibrating off the table.

Let’s call it the calm before the storm. I just have to give a serious shoutout to my cab driver today, who warns us all to stay away from the white powders, that Jimmi Hendrix is worth any effort you have to exert to see him (dying??) and that someday you, too, will wake up and be 60. And that we should all dive in headfirst and make those memories while we can.

Memories are on the menu tonight, I’m so proud of all these people to be here and hyped on a Wednesday night. Viva Nashville.

And, as if it couldn’t get any sweeter, we have a righteous crew from United Mountain Defense here with us tonight to teach about the appalling effects of mountaintop removal and how we can stop it. Clean coal isn’t an oxymoron, it’s a moronic verbal cover-up of a technology that will never be clean. So, shame on coal and all that jazz. 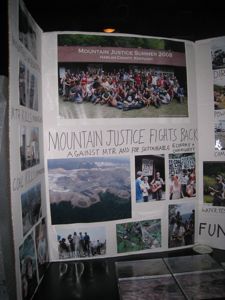 Here to put the positivity back into the equation is United Mountain Defense, an regional organization that partners with local efforts to create energy and ideas that are truly clean and sustainable.

Already sold? Check out their website at http://www.unitedmountaindefense.org/ When you get involved, you can learn about direct action, how to test water, community organizing, legislative campaigns, and experience the synergy that this organization creates by uniting small organizations under the banner of common cause.

Send a letter to your representative to support the Clean Water Protection Act and, while you’re at it, support the Appalacian Restoration Act (it even rhymes.)

Look no further than The Earth Matters Network, an organization dedicated to making an impact on how we relate to nature, both physically and in our minds. With Earth Matters, all aspects of environmental awareness are key, and education coupled with their incredibly positive attitudes is the most powerful weapon they could have, short of a insta-soil-tilling ray gun that for an extra 9.95 comes with a politician mind control function. Wait… I think that the masses being educated is stronger yet…

20 minutes till the set. Time to rage.

Don’t forget to exercise your minds. 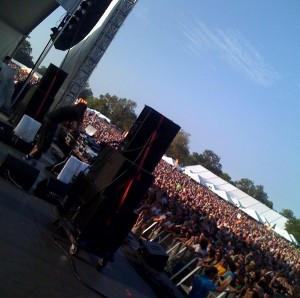 Ello… Daysha here with my first post from the tour front. It’s not often that I duck out from behind the glowing monitors full of the ones and zeros of  Bassnectarland. With much of the crew from different parts of the country, it’s rare to find everyone in the same spot at that same time. So when the bus rolls through my home town of Austin, the celebration is always special.

Not only was this Bassnectar’s first appearance at the Austin City Limits music festival, it was the first time that any artist has womped out a massive sub 100 hz bass wave across the rolling green lawns of Austin’s Zilker park.

Since ACL is usually held when temp are still blasting above 100 degrees, I’d like to think that an 80 degree sunset set to kick off a music-packed weekend was just a little gift from the gods of bass.

Austin is the business.

And MUCH LOVE to the Inner Circle break crew that started up  out of nowhere. Nope… wasn’t planned. Guys were amazing. And no, the picture isn’t upside down. That’s what he looked like right before he moved into an upside-down helicopter head spin. Check it at the 1:20 mark:

To those that were there, seriously… the nectar threw down. If you missed the ACL set, no worries. Bus is headed your way soon.

Fever Ray – When I Grow Up 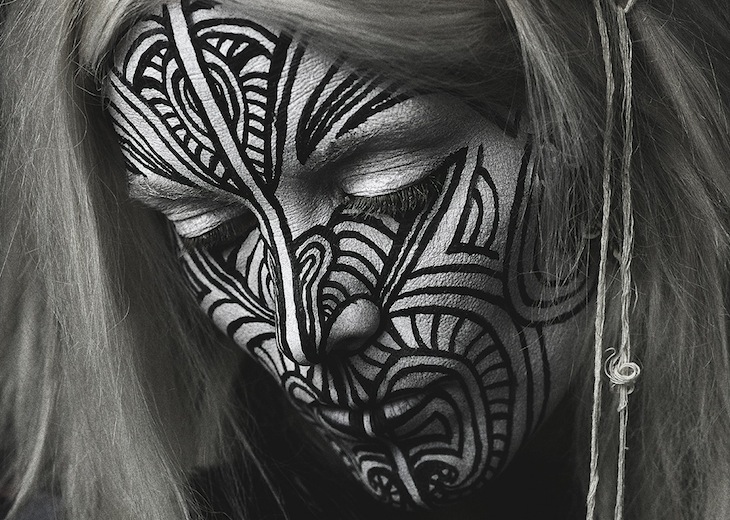 Grab Bassnectar’s remix of Fever Ray’s When I Grow Up, featured on the new Cozza Frenzy album release.

Here’s Lia with Bassnectar coming at you direct from the merch table in Dallas. The dredlocked and bedangled freaks have materialized out of the woodwork for an epic Thursday night with the Bassnectar Krew. And we are about 20 minutes from making it happen, with PK Sound/Wobble Factory primed and Videolicious verily observing the evening from the wings, prepared to pack a visual punch to rival the furthest reaches of aural extremity on the night’s two massive screens, hung to either side of the stage.

Our featured iconic nectar fiends tonight possess the names Justin and Michael, the latter of which approached the table with hands in the air to school us on the necessity of having shirts that make you feel pretty. Demonstration captured by my dying blackberry… 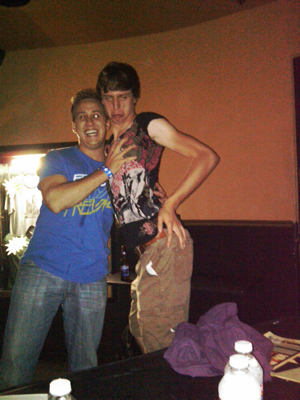 We’ve driven down streets that felt more like rivers and through deserts broken only by the occasional Doctor-Seussian Joshua Tree or truck stop. We’ve been assisted in our adventures by friendly gentlemen from Nebraska, laying down the law on the proper ways to navigate the wiring of truck headlights, we’ve eaten too much coconut bliss and desperately need to spend some time jump roping. Dallas, if I had balls, these past twelve hours would have stuck them to the wall, along with the rest of the krew, but I don’t so I must content myself with generic ninja status.

And now the rumble has begun, the front hall has cleared out, and inside both the basses and the faces are DROPPIN’……

Queen of the Bongo, signing OUT!