MASSIVE GRATITUDE AND LOVE FOR ALL THE SUPPORT THIS FALL!!!! In each and every town and city you showed so much love and enthusiasm, helping make the Cozza Frenzy Fall 2009 Tour a nonstop BLITZ, an unforgettable freakshow, and a celebration of passion, expression, and face-melting energy. Thank you! We will be back soon! 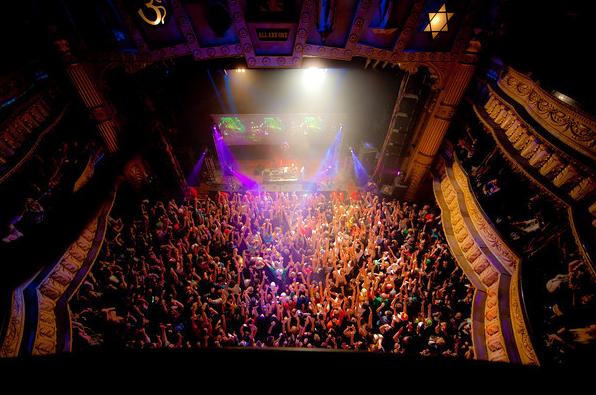 UP NEXT: NEW YEARS EVE IN SAN FRANCISCO!
SEA OF DREAMS 2010
The lineup is packed and we are going to detonate another THUNDERBOMB in California! Last year was insane and this time there are so many people traveling in from all over, and more contribution from the local freaks than ever before.

JUST ANNOUNCED: NEW TOUR DATES IN 2010
Before the raucousness of the spring tour, we have planned a few sweeps along the western regions, and the first 5 have been announced: Mendocino, Arcata, Eugene, Portland and Seattle! Look for Los Angeles, Santa Cruz, Tahoe/Reno and others to be announced shortly. Visit the ticketing page for information on presales and discounts, as these shows will sell out. MUCH LOVE!

IN THE MEANTIME: Now it’s studio LOCKDOWN working on new remixes for RJD2, DJ Vadim, Modeselektor, Robot Koch, and Thievery Corporation, as well as finishing up new projects with iLL Gates, Datsik, Jantsen, Excision, Son of Kick and Number Nin6. In addition to getting together a new podcast, i am also working with Amorphous and Child’s Play to put together a big comp of remixes (Boombox, Teleport Massive, WCLF Rides Again, Window Seat, and more Cozza re-dids) so stay tuned for that!

SEE YOU ALL IN THE FUTURE