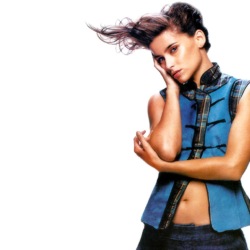 It is a musical mutatant marriage between elements of my song ‘Timestretch’ and Nelly Furtado’s classic ‘Turn Out The Lights’. A few weeks ago i heard a bootleg by SLOF MAN; a dope remix of Nelly Furtado’s song, but his bassline was NOTE FOR NOTE identical to Timestretch. My first thought was “oh daym this is going to mix perfectly with timestretch” and as i listened more i decided to take the mix further. So i re-tuned elements of my track, and re-mixed it into a more straightforward arrangement, laid bits of the acapella over the beats, and went to work. My buddy Sayr even suggested a different melodic idea for the bassline, and my homies at Arlyn Studios in Austin stretched and edited her vocals, doing micro-tuning and loving it up. It was a group effort, and of course it is an unofficial bootleg, i decided to call it ‘Magical World’. I played it on repeat all weekend and on multiple occasions my body was helplessly covered in waves of goosebumps. I was overcome by thoughts of how special it is to be alive, and how magical it truly is!!!