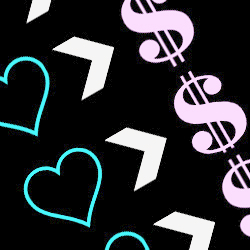 In the latest edition of Fan Bass, Lorin responds to two questions that touch on his mission and mainstream success.

Please get involved in the conversation in the comments below, or if  you’d like to submit a question that could be answered in future Fan Bass posts, send it HERE.

QUESTION: “You continue to make extremely raw, highly energetic, deliciously beautiful sounds and I love it, but I feel like the message of revolution is a little distant recently. I’m all about having songs on the other side of the coin, but we need to keep the fight alive and we need to educate all these fresh new fans that I love so much. I have no doubt you are still on point with it off the stage, but I personally believe a portion of it needs to be on the stage.” -innavibemusic717

Thanks for that question. I assure you I have lost no steam in my vision or intentions. I will definitely say that I am searching for the most *effective* ways to contribute to the world, and currently I have more questions than answers.

Also, when addressing such a large amount of incredibly diverse people, communication becomes very difficult and almost disfunctional. Limited character space, and limited attention span are subject to misunderstanding, and very few people think critically of themselves, or want to look outside the box.

If I were to suggest that my fans read “The People’s History Of The United States” or watch the documentary “Why We Fight”, I would likely have to deal with more arguing and ignorance than I can engage with. There are so many disagreements and differences of opinion, so many preconceived notions. And I find most people want to talk more than listen. I am interested in truly open-minded discussion, but I have not yet found the best terrain for a meaningful exchange of information and perspective.

When I read that book, and watched that documentary, it ignited fury inside of me, a fury toward injustice and unfairness. I am dedicated to standing against that injustice, but how to be most effective? It’s simply a question which I cannot yet answer. So I am moving forward in the meantime, with a wide open mind and heart.

QUESTION:
“Lorin, there has been a lot of speculation going around saying you are going mainstream and selling out. How does this make you feel?” – Nicholas Whetstone

Short story: I have not sold out, I have not lost sight of my vision, nor have I compromised my values. I never will. I am doing what I love, and it is an uphill battle to navigate all the ups & downs in this crazy world, but I have never lost sight of my core values.

Long story: This topic also deserves it’s own novel. But as the number of people tuning in grows, I am sure I will have to keep responding to it. So let me say a few things:

1. I have very strong personal standards, I have very clear artistic visions and moral intentions, I have a strong sense of integrity.
2. I do not compromise my integrity or my standards in exchange for popularity. I might make necessary compromises when I feel the need, but I will never compromise my core values.
3. “Selling Out” is a tricky phrase with a double meaning, and this makes the topic confusing.

MEANING ONE: In a negative context, “selling out” means compromising your core values, which I will never do.

MEANING TWO: In a positive context, it means having success (selling out shows, selling tons of CD’s, whatever). Bassnectar is growing in exponential popularity and “selling out shows” which is a different thing, a positive thing. It would be negative if i sold out my beliefs and my identity in order to make money, and that will never happen.

WHAT IS “MAINSTREAM:” There is a difference between “going mainstream” and being popular. There is a a difference between changing yourself to become mainstream (diluting yourself to appeal to the largest audience possible) and being pursued by the mainstream (doing what you do naturally while large amounts of people naturally respond and gravitate towards you). On some level if vast amounts of people gravitate toward your art, it does not signify a lack of quality (The Beatles, Jimi Hendrix, Dave Chapelle, Mozart, Stevie Wonder, Bjork, Radiohead, etc).

People who accuse me of “selling out and going mainstream” are misinformed, incorrect, and not paying attention to what I say or think… Their accusation contains negative conotations that suggest I have compromised my core values like a cheap bitch, and whored myself out for money. They are incorrect, because I am more commited than ever to my goals. And I am stronger than ever, more experienced, with more connections, and an increased ability to make an ever stronger social impact.

As I mentioned above, the biggest problem is that people’s attention spans are too short, thus preventing an adequate, intelligent conversation on the matter. This makes it difficult to discuss the intimate details of philosophy and intent, although I am happy to do so. In the meantime, I continue moving forward. So someone sees me being successful, and lazily assumes the worst, which is a shame. But I think it is important to know yourself, and try not to worry too much about other people’s misconceptions. I am already my own worst critic, and since I am hyper critical, I will be the first to judge and critique myself if I do something wrong.

Again, I could write another 15 pages on this, on the deeper intricacies of my intentions and how they have weathered the storm of this journey, but I’ve written enough for now.