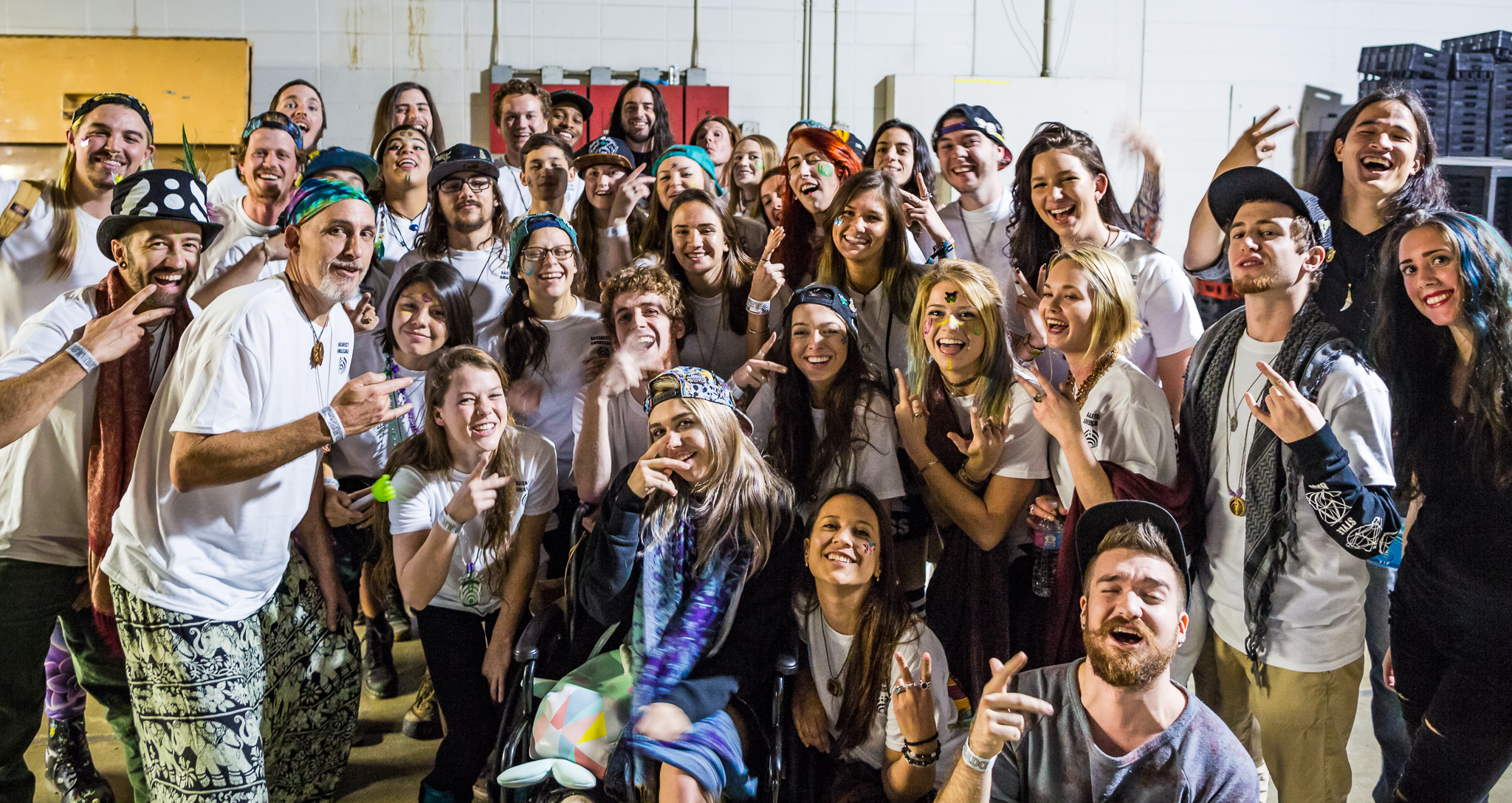 It’s been nearly a month since our spaceship landed in the deep south, and our minds are finally getting a chance to think straight. Our community moved to Birmingham, AL this year, and the Bass Network crew could not have been more satisfied with the new home! Our NYE was jam packed with community service, donations, interactive activities, and of lots and LOTS of bass!!

We kicked off our NYE by heading over to The Firehouse with the Ambassadors. The Firehouse is a Birmingham-based homeless shelter that provides residents with warm meals and a safe place to store their important belongings, and with a major storm just having rolled through around the holidays, they needed us to chip in and clean up the basement to create more space for those who had been affected by the severe weather and flooding. Armed with some brooms and garbage bags, we went to work! After about an hour, the basement of The Firehouse was organized and prepared to continue assisting the homeless population of Birmingham! 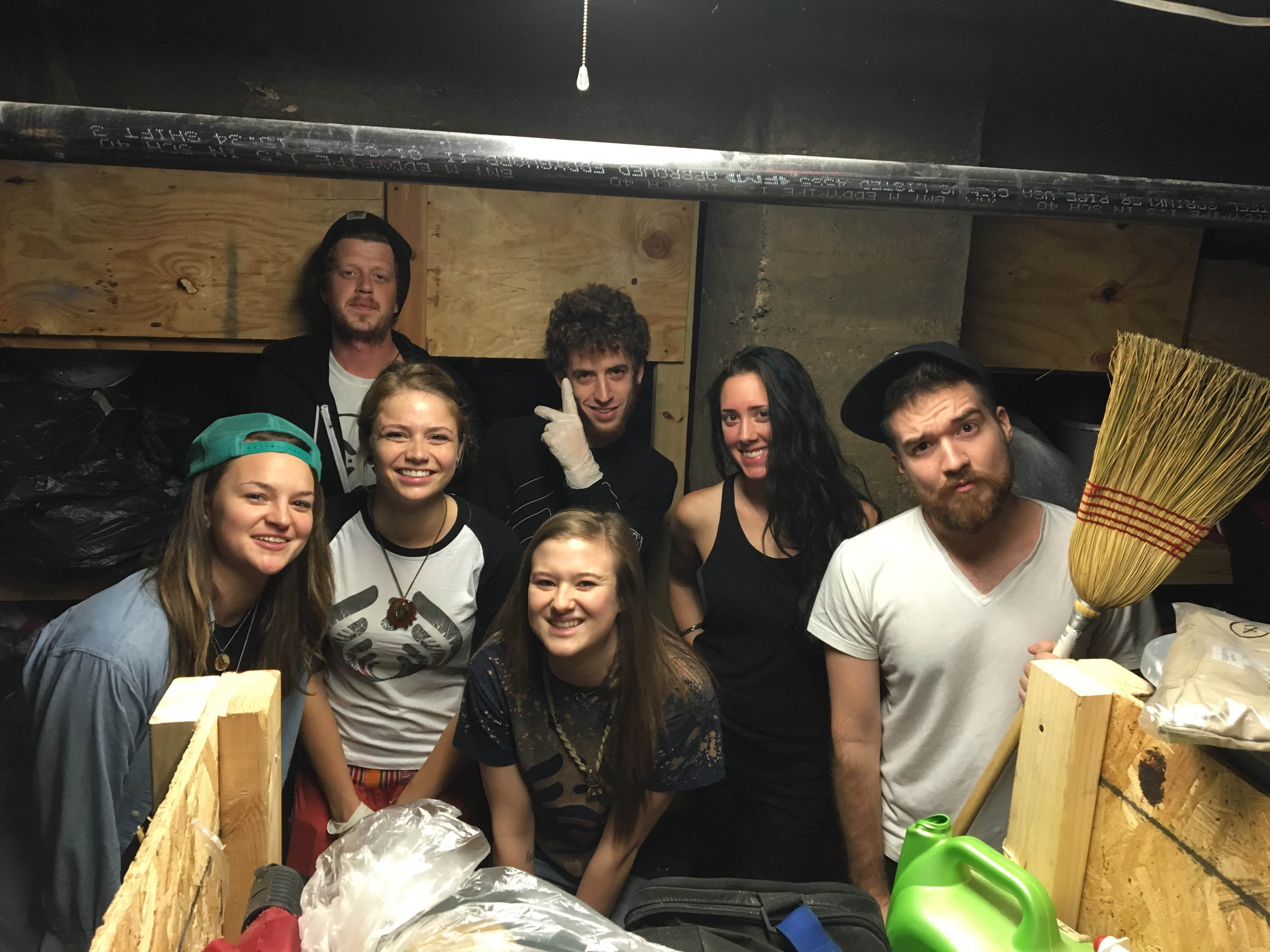 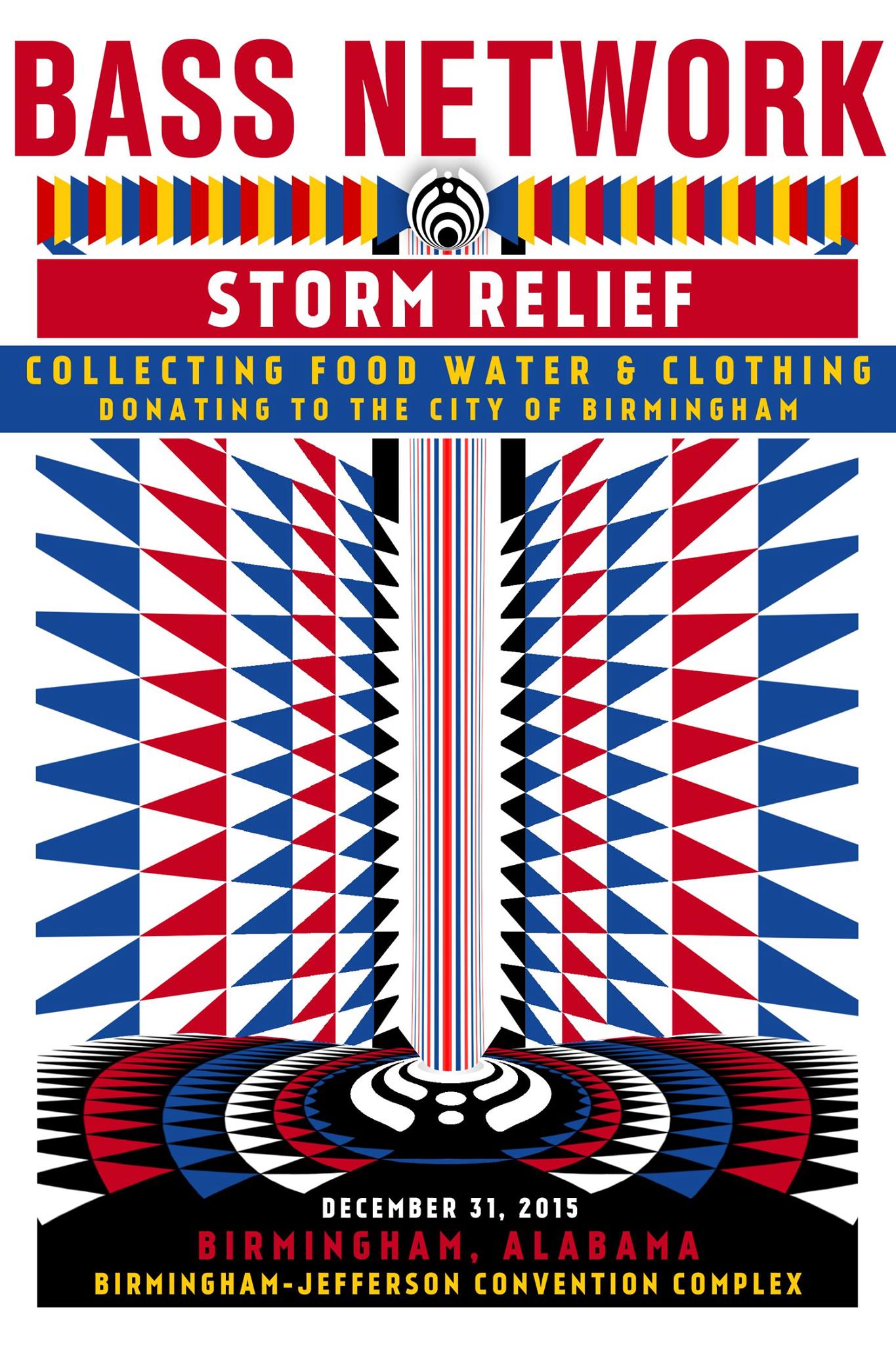 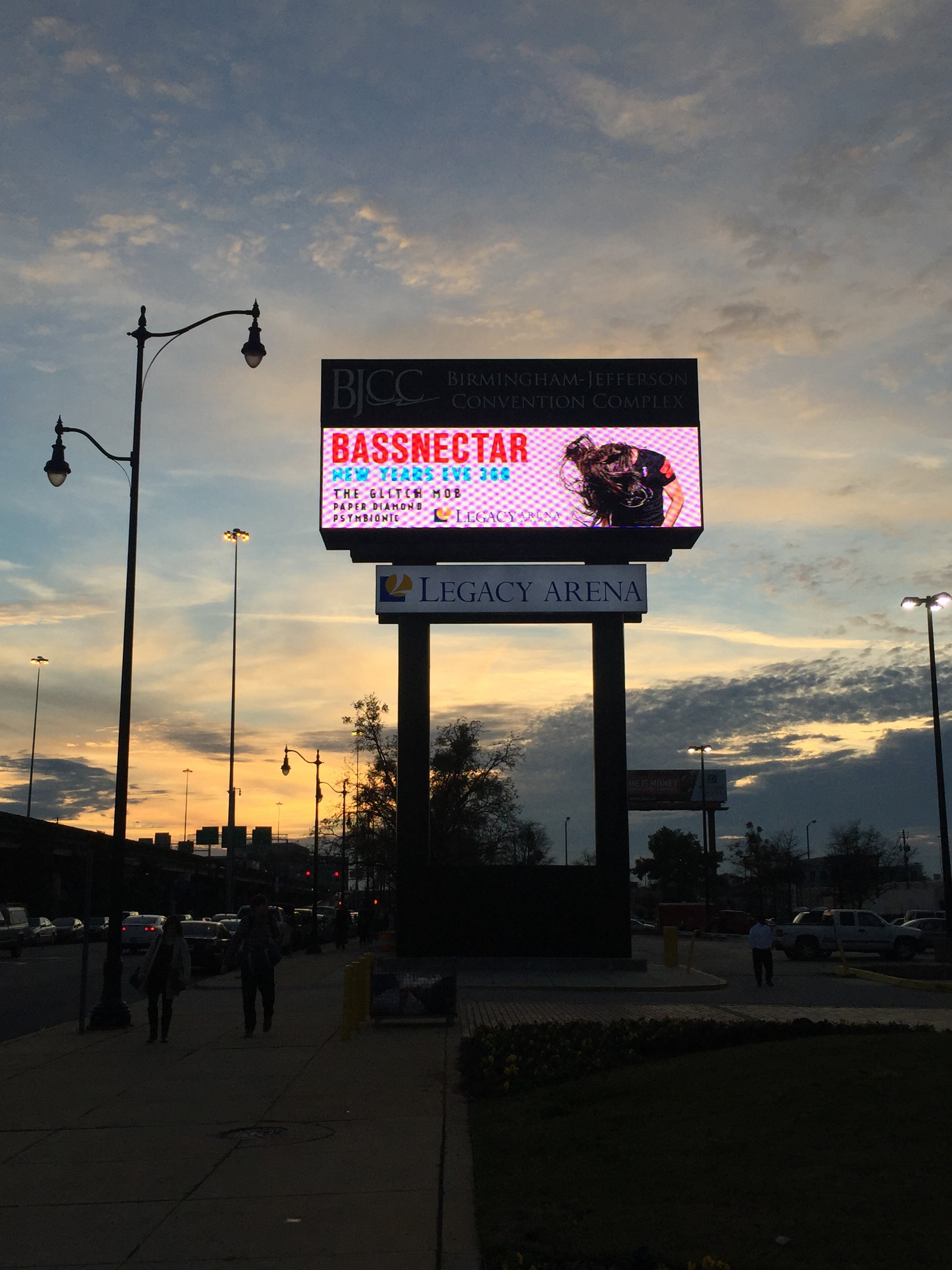 As soon as we finished volunteering at The Firehouse, the Bass Network crew zoomed over to the BJCC Legacy Arena and began preparing for the Storm Relief donation drive. We were extremely excited because our team worked directly with officials from the City of Birmingham to ensure that our Storm Relief collections were going to those who needed it most. There was nothing we wanted more than to help out the city who welcomed our community. City officials picked up the donated goods around 8 PM, counted + weighed everything that night to be distributed to those in need the very next day! Our community was able to collect 6230 lbs. of water/food/toiletries/clothing items in total!!!

THANK YOU SO MUCH for coming together to help a city in need of assistance. It was absolutely beautiful to see the Bassnectar community show love, compassion, and empathy towards a city that reflected the same to us! :))

While Bass Heads waited for doors to open, the Ambassadors began preparing their projects and activities for the night. This was the largest number of Ambassadors we have ever had at a single event, and all of their projects were absolutely brilliant and inspiring! We would like to give a special shout out to the Ambassadors who worked on NYE – you all truly helped create the most immersive and memorable night possible!

The Ambassadors finished out their night into early morning by passing out earplugs and water to the crowd during Bassnectar’s epic extended 360 set.

WE APPRECIATE ALL OF YOU SO VERY MUCH <3

Reflecting back on the music, we can’t believe we were blessed with such an amazing group of artists coming together to ring in 2016. Psymbionic, Paper Diamond, and The Glitch Mob set an amazing tone for the night with their differing, yet wonderful sounds.

Without surprise, Bassnectar BLEW US AWAY with a breathtaking set. With a Teleport Massive opener, we couldn’t fight the urge to start head banging right away. Perhaps the most memorable moment of the night was when Hide and Seek brought us to tears, as each and every person looked around the room at the thousands of lighters, admiring the sheer beauty of so many people being brought together by music. Straight into the New Years countdown that we’d all been waiting for (those lasers during Lights tho…). Also, big up to Lafa Taylor for coming through with a sick live version of Speakerbox!

2016 is going to be a MASSIVE year for our community – We can’t wait to spend these moments with each of you! 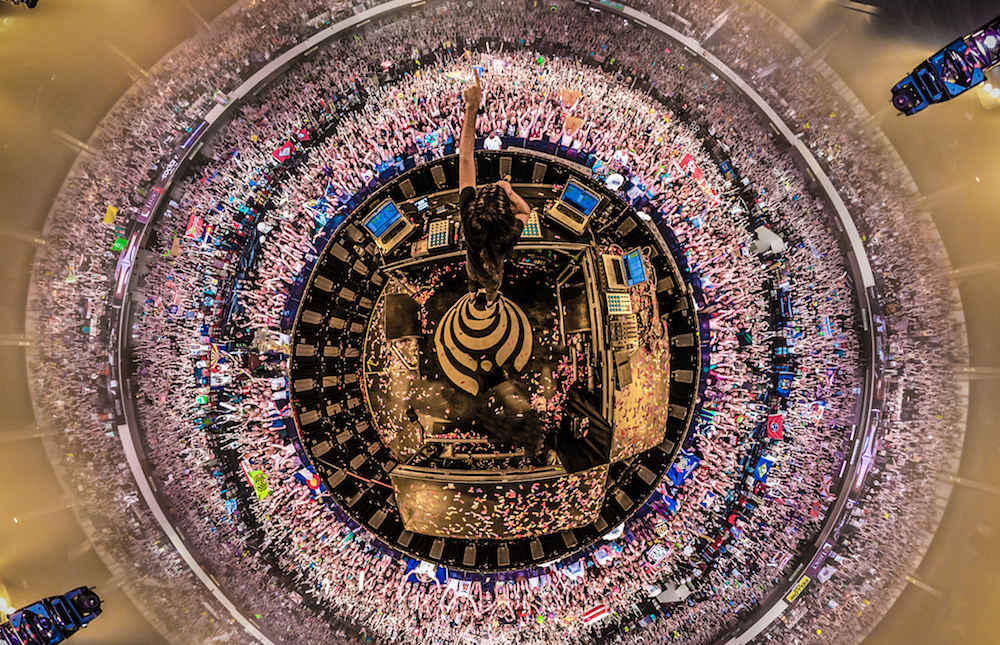