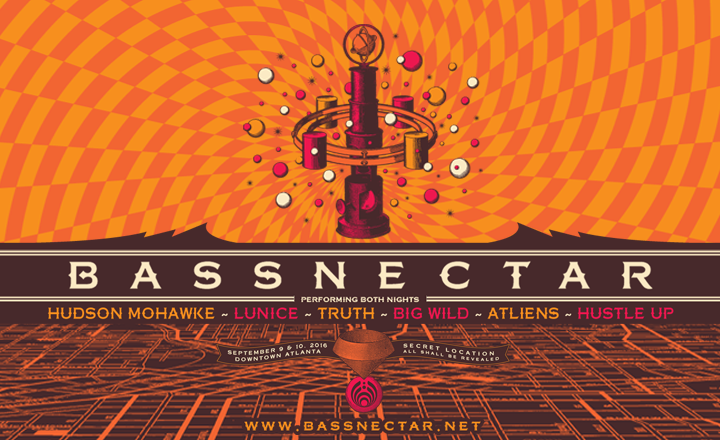 Chatted with Billboard about the magical vision for our wild weekend in Atlanta next month, and revealed the secret location! Check it out here via billboard.com

And here’s the unedited text from the interview, discussing warehouse party vibes and recreating the
“no expectations” approach of the early rave scene:

Tell us about the idea for this upcoming event:
=================================
My vision for our two-night Mystery Show in Atlanta is to create a special, unique, immersive experience that feels different from the norm. Throughout the process, I have given the event several nicknames such as “The Gathering” (because I envision this to feel like a gathering, not a show) and “No Expectations” (because I hope people arrive completely free of expectations, and ready for a new experience). Although it’s hard to avoid expectations, it’s all about setting an intention, and for this event, I do have a very specific intention. I want to re-create the atmosphere of an ‘old-school rave’ or warehouse party – gathering within a nondescript room, which has been transformed and repurposed into a temple for an all-night underground dance ceremony – a true celebration, not a show.

Are warehouse parties something you had a lot of experience with growing up? If so, could you tell me some of the moments and feelings you remember from those days and those kinds of parties?
=================
When I went to my first rave I had no idea where it was or what it was going to be like. A kid from school found the directions last minute (it was a secret and you needed a special code to get directions from the map point)… it was like a treasure hunt. I drove there in a car PACKED with friends, and we parked on the street outside. When we got out of the car, you could hear the bass booming in the distance… we just followed the bass until we found ourselves at the doorway to a building. Once inside there was no big amazing “stage” and the crowd was not all facing one direction, and nobody was ‘watching’ anything… everyone was lost in the music, and lost in the experience of a creative, social free-for-all. Instead of staring at a DJ up on a stage, or spending the entire night with their phones out trying to ‘capture the moment,’ they were IN THE MOMENT. And this is what I want to re-create in Atlanta by forgoing the standard music venue, and finding a building that offers nothing but four walls, a ceiling and a floor – the perfect blank canvas on which to paint our ideas.

Is something lost in the divide between warehouse parties and big festival or club shows? If so, what is it?
==================
I don’t think it has so much to do with the venue (many of the most amazing experiences from that era took place outside under the moon and stars – renegade beach parties, and full moon gatherings out in the forest). It has more to do with the overall intention: creating a unique atmosphere which fuses together two extremes. On one hand you are totally free to lose yourself in the music, and on the other you are deeply connected to a group of people who are all interacting. It’s the direct opposite of watching a performance on a stage. Back then, DJs were not worshiped as famous entertainers; I never just posted up and stared at the DJs… nobody did. The DJ was just some friendly person who got to create the soundtrack for the experience, and the experience went a lot deeper than just the music. 🙂
In Atlanta we are working on de-emphasizing the stage, and spreading out the art, the lights, the lasers, so it’s just a big omni-directional launch pad.

How do you envision the night going? There won’t be much production, you said. What bits will you include, will the room be decorated at all?
=======================
I’d really prefer to not set any expectations… only to say that the intention is to share an experience, which I personally got to enjoy many times, and which I don’t think is as easy to find these days. It’s an opportunity to explore, meet new friends, interact with people, and let go of your expectations (which hopefully allows you to take part in creating the experience for yourself, and for those around you). We will still bring lots of lasers and lights and incredible sound, because that’s fun. 🙂 Musically this will be totally freestyle and off-the-cuff, and it’s more about the hypnotic journey created by weaving all the songs together, more than any standout bangers or drops. But again, this is less about the music: a lot of times people ask “will you play some old school throwbacks?” and I think they mean “will you play some tracks like you used to DJ back in 2006.” But with this event, I’m going back even further, not to what I used to DJ, but what I used to enjoy experiencing on the other side of the decks.
Also, in terms of ‘exploring’ – that was a big part of the fun – roaming around and meeting people. The interaction. There were always side rooms, or ‘chill-out rooms,’ with pillows, ambient music, friendly people wandering around passing out fruit and tea, or DJs playing slow, deep atmospheric music – it was a sanctuary, which we will also pay homage to in Atlanta with our own version called The Haven. This is a place to take a breather and relax, or to hang out and make new friends. Our team is super inspired to bring this ethos back to events as much as possible!

You’ve already sold out tickets. It seems to already be going well. Do you think it’s something you might do more of?
========================
Yeah, we searched for a room which had expandable walls, and thought, “let’s just not announce the venue, and put the event on sale and see how much it sells in an hour, and then we can just customize the room to fit that amount of people.” But in ten minutes we sold out 10,000 two-night passes, and we had to pull it off sale, because the largest configuration of the room is maxed out at 10,000. People asked “how is that limited capacity if there’s so many people each night” and I’m like… it’s BY DEFINITION limited capacity, because we ran the fuck out of capacity… this event is gonna be PACKED wall to wall with beautiful freaks. 🙂

Is there anything else about the nights that you want to tell me or say that I didn’t think to ask about?
====================
For those of you who did not get tickets, we will be returning to the South for New Years Eve of course, and if you’re searching for a more underground experience like our upcoming ATL situation: stay tuned! We are always daydreaming up new ideas, and our team is busy working on more events like this… currently scouring the West Coast for potential venues. 😉