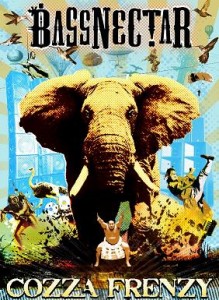 Bassnectar will be performing with Nosaj Thing on November 6, 2009 at the House of Blues – Chicago.

House of Blues is located at 329 N. Dearborn St., Chicago IL 60610.  After the PK sound rig gets going, it may wobble closer to 331 N. Dearborn and be renamed to the House of WOMP. Stranger things have happened after a show.

Where ever the House of Womp rattles off to, make sure you’re inside it when it happens.